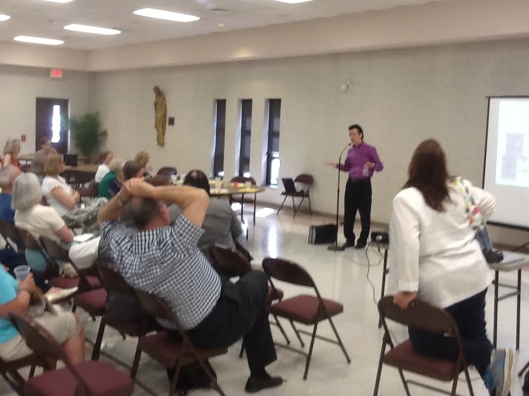 About 40 people attended our Lithuanian-American Club annual meeting and potluck Saturday, April 26, followed by a genealogy presentation by Springfield native, documentary film-maker, historian and genealogist Bill Cellini, Jr. of Chicago. Bill spoke about ways to physically catalog and preserve family documents, and how to conduct public and church records research into European ancestors starting with little or no information. 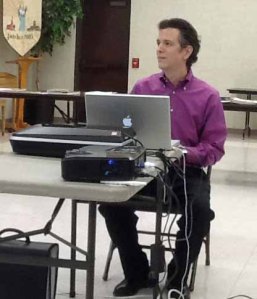 The Club demonstrated its appreciation to Bill by giving him a coffee-table book with photos of Lithuania, plus a DVD “tour” of Lithuania, as well as a DVD of the 1992 Olympic basketball documentary, “The Other Dream Team.” The Lithuanian and U.S. anthems were sung, and members enjoyed the best home-made buffet in town, including kugelis, suris, and a jello layered in the three colors of the Lithuanian flag. 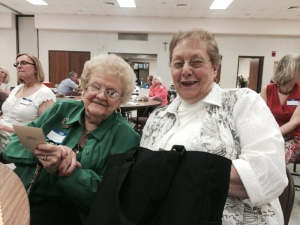