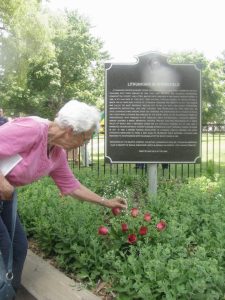 A woman leaves a flower in memory of a loved one at the Lithuanian marker. (Illinois State Historical Society photo) 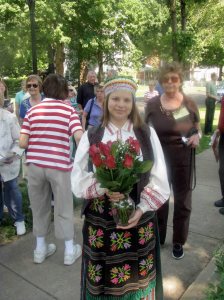 Dressed in traditional Lithuanian costume, Kourtney Baker holds roses that she will give to participants to commemorate loved ones at the dedication ceremony.

Ted Gietl served as master of ceremonies and makes opening remarks at the dedication.

Congressman John Shimkus, a Lithuanian-American whose great-grandparents emigrated from Lithuania, spoke at the dedication. 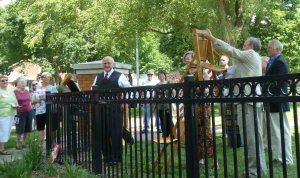 Rick Dunham and Kourtney Baker pose for a photo.