The book “We Thought We’d Be Back Soon” contains 18 oral histories of Lithuanians who became war refugees between 1940 and 1944. Next month, my review of “We Thought…” will be published in the English-language monthly, Draugas News.

To celebrate this wonderful book and to commemorate the 70th anniversary of the law that permitted “displaced persons” or “DP”s like my father Vince to immigrate to the U.S., I’m publishing this first in a series of blog posts based on the book. Images for these post were contributed by William Cellini, Jr.

Part I:  From Allied POW to American ‘Home Guard’

As traumatized survivors of three invasions of their homeland (Soviets in 1940, Nazis in 1941, and Soviets, again, in 1944), members of Lithuania’s “DP” generation were famously tight-lipped about their World War II refugee experiences.

Until my father Vince was in his 70s and 80s, I learned few details of his flight from the family farm near Vidukle, Lithuania, in October 1944, at age 25, with two horses, a small carriage with a milk cow tied to the back–and only about half of his eight brothers and sisters.

Dad’s “oral history” was taken piecemeal by multiple daughters over many years and was never written down. As a result, we are probably lucky to have learned of Dad’s involuntary induction into a support unit of the German Army in December 1944, his winter 1945 capture by the U.S. Army, and his subsequent 16 months of starvation and hard labor as a POW under various Allied commands.

Dad’s fateful somersault, upon his release in June 1946, from starved and abused POW to service in the U.S. Army “Home Guard,” is reminiscent of the incredible refugee journey at the center of the book, “The 25th Hour.” But there are many similar twists of fate in the Lithuanian oral histories that comprise this collection selected and edited by Dalia Stake Anysas, Dalia Cidzikaite, and Laima Petrauskas Vanderstoep.

A Tapestry of Refugee Experience

Taken in the mid-to-late 1990s, some 50 years after the events being remembered, these personal histories provide a tapestry of war-time experiences disparate in their details. However, more than a few of the stories are so richly detailed that they stand as microcosms of the whole.

In features common to many, fleeing men are separated from their families and forced to dig foxholes under Soviet artillery fire, much as cars and farm animals have previously been requisitioned for the German war effort. (The struggle of Lithuanian civilians to remain non-combatants begins with Lithuanian resistance to the formation of a Lithuanian SS unit, to which the Nazi occupation authority responds by closing Lithuanian universities.)

Everywhere on the refugee road are Lithuanian women fleeing with small children, sometimes giving birth in open wagons in the cold and rain.  As well, there is the unique vulnerability of minors wandering World War II’s killing fields without parental guidance or protection.

More than anything, we experience the refugees’ constant struggle with hunger—and to a lesser degree, exposure to the elements, plus the difficulty of transit further and further west as the Soviet Army advances.

‘Why Did You Leave?’

To the big question, “Why did you leave?” the subjects’ answers are almost unanimous. Those who fled– everyone from intellectuals, teachers and other professionals to farmers–knew they had been slated for a second round of mass deportations to Siberia that the Soviets did not have time to implement before being driven out of Lithuania by the German Army in June 1941.

The atrocity-level treatment of deportees, combined with the brutal NKVD torture and murder of Lithuanian detainees in places like Rainiai Forest, sowed a lasting terror among tens of thousands more so-called “enemies of the state” who could expect similar treatment upon the Russians’ return in 1944.

Inextricably tied to this “why” is the question of how long the refugees expected to be gone. A few interviews are especially insightful in explaining why none of these young refugees who ended up exiled for the rest of their lives expected, when they fled, to be gone for more than a few months.

Over and over, the reader’s sense is that the decision to leave in its full scope and finality was never actually made. For many of the subjects, flight was a series of immediate survival steps without an overarching plan.

‘Who Could Have Known?’

At the same time, Russia’s military alliance with the Western powers, as well as the presence of U.S. troops in Germany, implied to the mass of Lithuanian refugees fleeing in summer and autumn 1944 a degree of Western influence over Russia sufficient to restore Lithuanian independence at war’s end and a quick return home.

To return, the refugees needed Lithuania’s borders to return, which unfortunately, didn’t happen for almost 50 years. Confidence in Western influence over the situation first began to erode as the “DP”s witnessed Russian soldiers crossing freely from the Russian zone into the British, French, and American occupation zones in post-war Germany. 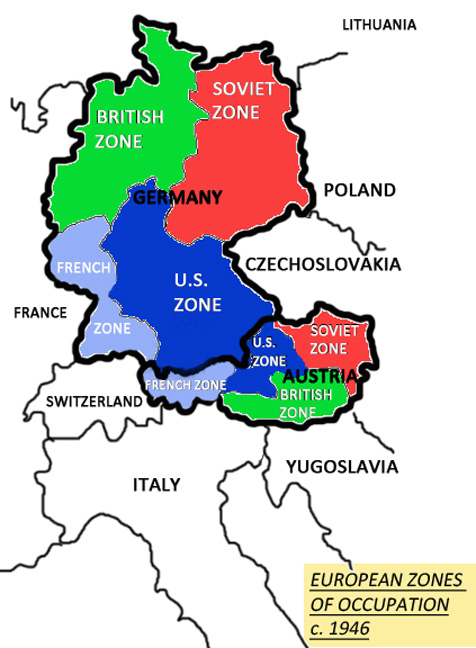 To the refugees’ chagrin, Soviet political commissars also were allowed freely to roam the displaced persons (“DP”) camps, arguing and cajoling for the frightened émigrés’ return. Initially, according to these witnesses, some Russians, Balts, and Belorussians were forcibly transported to the Russian zone before the other Allied powers were brought to their senses.

According to Adolfas Damusis, a lifesaving “no forced repatriation policy” was obtained with the help of Lithuanians—perhaps exiled officials of the VLIK–working within UNRRA, the United Nations Relief and Rehabilitation Administration that operated the camps.

Brone Urboniene relates how some Yugoslav and Ukrainian “DP”s decided to fight back, attacking, overturning and burning the jeep of Russian political commissars entering their camp to “register” refugees for repatriation. “In the jeep’s trunk, they (the frightened and enraged “DP”s) found all kinds of photographs and lists of us all, the refugees there. And that happened…in the American zone in Munich…There (must have been) people among us who worked for them (the Soviets).

What They Left Behind, and Why

Within the context of the short-term absence the refugees anticipated, Jonas Kavaliunas explains that sick family members, parents—even minor children—were left behind on extended family members’ farms. In the short-term, it was assumed the physically weak would be better off with plenty to eat than on a trek into the unknown. Other evidence of the “DP” expectation of a quick return is found in the universal practice of quickly burying valuables on the homestead that were also assumed to be safer there: china dishes, store-bought Sunday clothes. (Partial impetus for this might been the ragged appearance and “beggarly” behavior of the Soviet Army during its initial occupation of Lithuania in 1940.)

The burial of one family’s supply of lard near Siauliai (flour, bacon and lard turn out to be life-saving supplies) is indicative of another phenomenon. For many refugees, far more than any global decision to abandon the homeland, retreat was a spontaneous series of stops and starts that reflected the advance of the Soviet Army and the hope that leaving Lithuania altogether could be avoided, or at least delayed. In more ways than one, falling back farther and farther meant leaving more and more behind.

In many cases, only that final spasm of retreat across Lithuania’s western border in horse-drawn wagon or on foot invokes the big-picture finality that spurs one refugee to scoop up a handful of soil to carry with her into exile. Others strain for that last glimpse of home through a train’s darkened windows.

Look for Part II of this blog series on, “We Thought We’d Be Back Soon.” Also, please contact sandybaksys@gmail.com or comment here if you live in the Springfield area and would like to purchase a soft-cover copy of the book for $15 plus bulk shipping.