Six new chapters  (50+pages, with photos) have been added to the expanded, final edition of my book just released on amazon.com!!   This enlarged edition of “A Century of Lithuanians in Springfield, Illinois” is also newly available at Noonan’s Hardware at Eighth and North Grand in Springfield under the same title and at the same price as the original edition. (My new book was swapped in for the original title on Amazon, so the publication year for the title is given as 2015–but don’t worry, all you can buy right now is the new book! ) 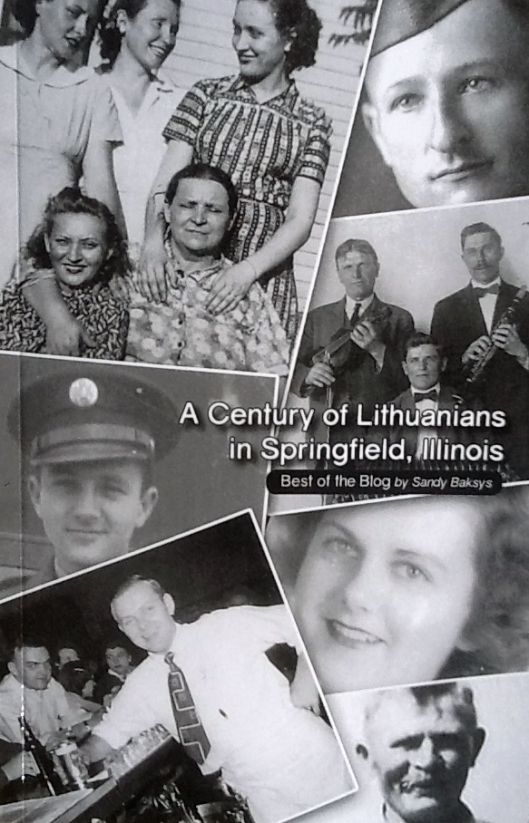 What do you get in the new edition?

You’ll find the history of The Fairview Tavern and Restaurant, the Snow White Laundry, The Mecca and the Jolly End Tavern. The story of immigrant Mary Ann (Yezdauski) Sitki, who lost five of her seven babies in childhood, and went on to love and keep other “little ones:” her songbirds.

Read the colorful saga of “alcohol outlaw” Joe Yucas, our own Lithuanian Capone–and learn about the Lithuanian saloons that got trashed along with “colored” businesses in the 1908 white race riot.

You can also read the in-depth story of the Stasukinas tavern-owning family (“Alby’s), its “bank of grandma” and how Alby made his living from alcohol while also trying to save the most abject alcoholics.

On the lighter side, you will see two 1930s Lithuanian-American “muscle men” showing their stuff at Memorial Pool.

The new edition is enhanced by an author’s Epilogue that attempts to fills in gap that no one still alive can fill. After some insightful analysis, our collective Lithuanian-American saga concludes with some of the author’s personal stories.