Recently, the Catholic Diocese of Springfield announced that a new round of scholarships will be awarded for the current school year based on an application posted on its foundation website: 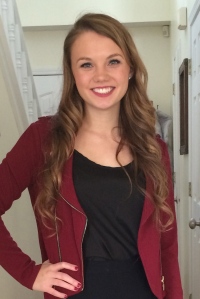 Completed applications are due back to diocese on Sept. 15, 2015.  Let’s show the scholarship’s administrators that there is still plenty of interest in and support for it among descendants of Springfield’s Lithuanian-American community.

According to diocesan newspaper the Catholic Times, other winners of the Fr. Yunker scholarship last spring were:

“The Father Yunker Lithuanian Student Assistance Fund was established many years ago through the generosity of Father Stanley O. Yunker (long-time pastor of St. Vincent de Paul Church) who, upon his death, designated a portion of his estate for a trust to fund college scholarships for children of Lithuanian descent. Students can apply for this scholarship during each of the first four years of college, and it is based, in part, on the student’s financial need and other pertinent criteria.”

Father John Nolan, V.F., pastor, Church of the Little Flower,and Jean Johnson, diocesan superintendent of Catholic Schools, serve on the board of the diocese’s Foundation for the People, which administers the Father Yunker Student Assistance Fund.